It's time for the next exciting episode of Comic Interns in Brussels!

Today's post will detail our exciting adventures on Day 2 of our trip to Belgium (which was a delightfully FREEZING Sunday). 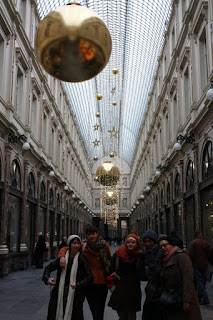 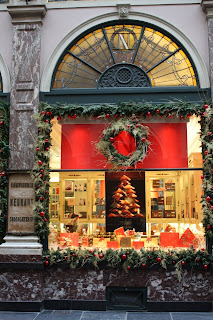 After our first night at the hostel we woke early to make our way to the Comic Museum. On the way were plenty of beautiful structures, walkways and chocolate and book shops, which we gawked at longingly. Oddly for a weekday though they were all closed in the morning - Shamisa informed us that the Belgians are certainly not early risers! 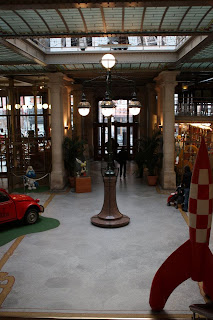 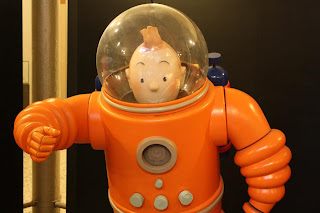 And then we arrived at the stunning Comic Museum! It was a gorgeous art deco style building, with lots of scale/lifesize models of characters and vehicles from famous comics. If you squint you can just make out Asterix in the lobby, and a certain space rocket. And Tintin here was joined by Haddock and Calculus on either side. They were fantastic displays of the country's love for these comics. 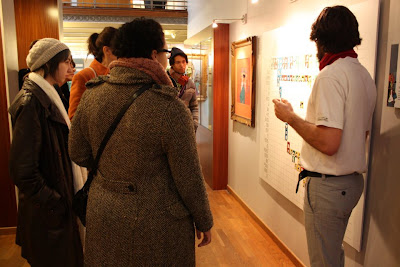 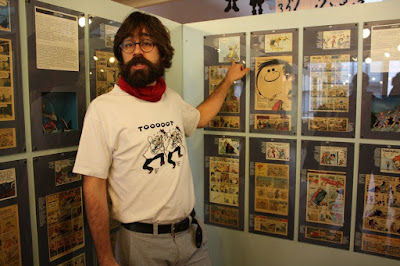 We were led around the museum by the wonderfully enthusiastic Bart Hofman. He was a great guide to us, and explained a lot about Belgian comics history. The museum itself was very extensive, with detailed exhibits on Tintin, Lucky Luke, Marsipilami, and many other serialised comics. Most informative - we didn't want to leave!

Alas, our time in Brussels was only short and so we made our way toward (yep, you guessed it) the train station - but fear not, we went somewhere even MORE exciting than the comic museum.
IMPOSSIBLE I hear you cry. Tis not. 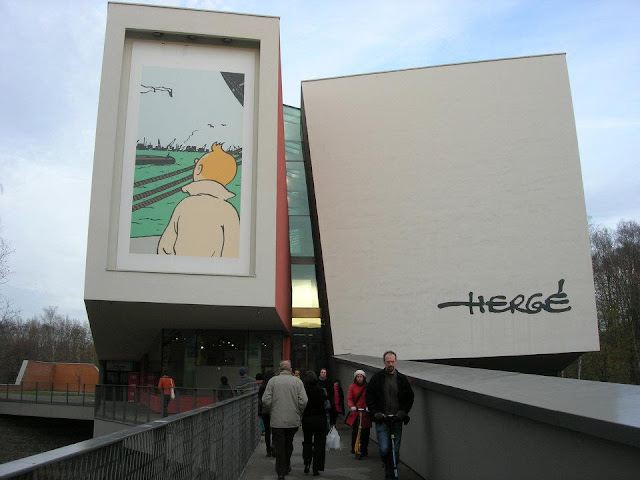 It was brilliant. The architecture of the building was so quirky, and there was so much to see. Truly an inspiring part of our trip, the museum featured extensive displays of Herge's work on the Tintin comics, as well as his other illustration work. We were privileged to see behind the scenes test prints, sketches, scribblings, designs and even lifesize models of memorable objects from the comics, such as the shark submarine featured in the Red Rackham's Treasure story. It was amazing to see all that Herge had accomplished in his life in this one building.
Unfoooortunately, we could only take pictures in the lobby... so we quickly snapped these and then bought lots and lots of lovely Tintin merch in the gift shop. Can't recommend visiting this museum enough. 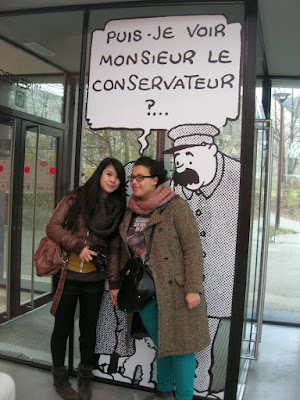 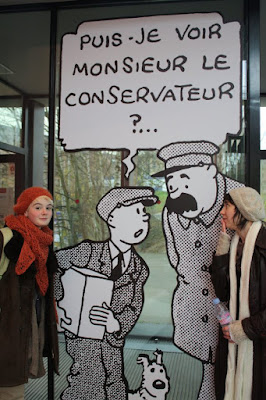 Once again, we didn't really want to leave, but we had dinner reservations so back on the train we hopped. Back in Brussels, we had a lovely meal in a Moroccan restaurant with Shamisa's friendly mother and brother, who were so nice and told us a lot about what the average person thinks of comics in Belgium. They were genuinely surprised that the British perspective on comics was so different to their own. It was a lovely evening, and was a great end to a great day. 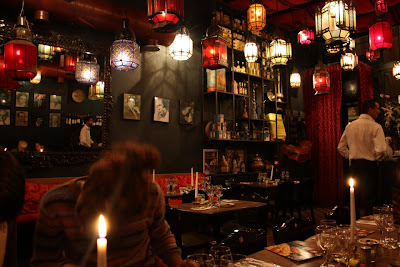 We hope you're enjoying reading about our time in Belgium - look forward to Part 3, in which we'll tell you all about the comics murals and Sint Lukas academy, and how we felt on our last day of the trip.
Posted by London Print Studio Comics at 06:58